What gear do u use? HeliCam

"MY NAME IS JUSTIN M., I OPERATE A MIAMI BASED DRONE CINEMATOGRAPHY COMPANY THAT SPECIALIZES IN TV SHOWS, FEATURE FILMS AND NATIONAL TV COMMERCIALS. I HAVE BEEN WORKING WITH GRAVITYSHOTS FOR OVER 5 YEARS NOW AND I COULDN'T IMAGINE WORKING WITH ANOTHER PILOT. JEFF'S CALM PERSONALITY, PROFESSIONALISM, AND GREAT FLYING SKILLS MESH WELL IN AN INDUSTRY WHERE PRESSURE AND SKILL IS THE NAME OF THE GAME."

Jeff Scholl, owner and chief pilot of GravityShots, since a young age has been absorbed with flying devices.  Flying full scale planes at age 15 was no small task.  Jeff continued his love for aviation and holds a commercial instrument rating on full scale planes.  With his passion for aerospace, came his passion for photography.  In the late 90s, he started thinking about putting cameras on his flying machines, to see above the treetops. A Nikon 990 was the first digital camera that went up in the air for GravityShots. It unleashed the possibility of unobstructed views. Since that time in the 90’s Jeff has developed several different HeliCam platforms. Specially configured electric helicopter camera ships, enables Jeff & Adele to capture photographic video angles never before seen. These unique helicopters provide a quiet and, smooth platform producing video and images up to 400 ft. above the ground. With elaborate video down link systems, the HeliCam transmits video back to the ground, allowing them to create the shot.  All

of their professional systems fly stabilized gimbals, providing smooth video footage out of the camera.  No need to stabilize footage in post production. 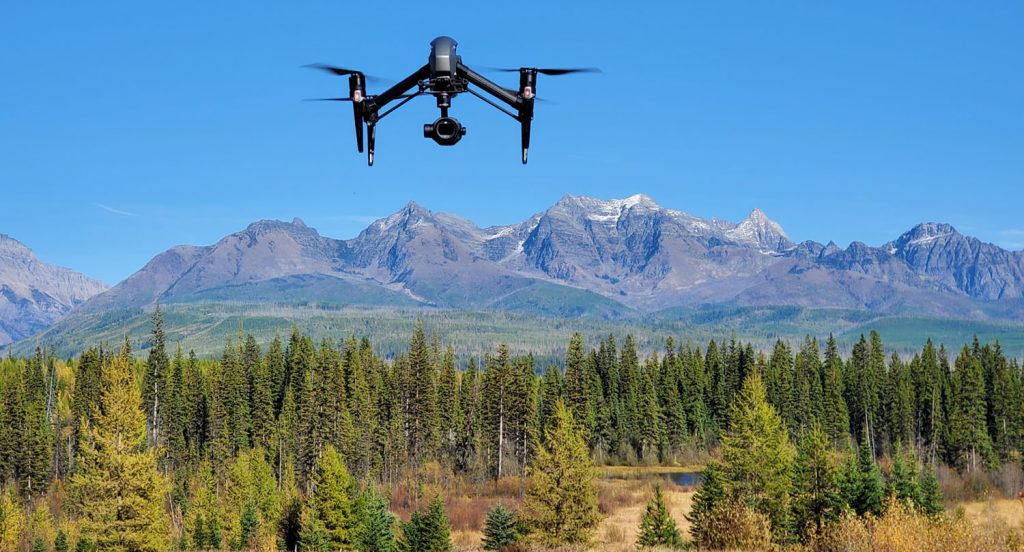 With years of experience under their wing and a strive for high quality output, GravityShots continues to experiment with the latest cameras and technology to keep their footage on the cutting edge.  GravityShots also sells drone systems, and trains people how to operate safely.  Allowing them to have a wide variety of drone platforms, from heavy lifts to small fpv racers and Mavics.

Click Here to go directly to Vimeo, where you can view videos larger and with your mobile device.

Back to Top
Close Sidebar

My contacts and socialsHow to find us

Close Zoom
All images are copyright to GravityShots